Erica works with a flexible gang of some of Colorado’s best players and singers. Listed here are some of those talented individuals!!

MJ has been wowing audiences with her amazing vocal gift for most of her life. She has always seen the world a bit differently, and strives to bring the beauty she sees out through the microphone. She says, “I’m constantly surprised that people want to hear what I’m doing, and I’ve really been gratified by the response I’ve received!” It shouldn’t be a surprise, though, for one listen to her bright, powerful, crystal-clear vocals dispels the notion that this Neo-Soul child should be anywhere else except the stage! She is a member of Erica Brown & Friends, and has played prestigious festivals including the Telluride Blues and Brews Festival, Bohemian Nights New West Fest, and the Taste of Colorado, in addition to supporting superstar acts such as the Neville Brothers. In 2012 MJ collaborated with Plan-It Records Recording artist Dan Treanor on his latest CD, “Bad Neighborhood”, as well as with Grady Champion guitarist Taylor Scott on his newest Release, “Soul Satisfaction”. As she so aptly describes what moves her, “Music is what keeps my heart moving rhythmically, my face smiling, and my soul content. What can’t YOU live without?” 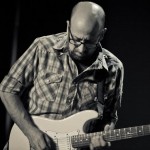 “I’ve been playing guitar professionally since I was 14 or so. It’s been the constant thread in my life through multiple jobs and changes. I’ve changed my focus recently to pursue my dream full time. My goal is to become a first call guitar player for studio and live work, develop my Americana-based band, Ricky & the Pick Ups, and perform as often as possible as a solo performer, whether doing solo instrumental guitar or rowdy deck shows.”

Ricky’s philosophy of life is simple:

“This ain’t no dress rehearsal. This life is live. I’m lucky as hell. My wife is awesome, my boy is sublime, and I can see the Rocky Mtns everyday. Playing music with friends for strangers still gets me all roused up like. There are no guarantees, so treat every day like it was gravy…oh and bring beer”. Ricky also plays with his own group, Ricky and the Pick Ups, and also with Ms. Jill Carr. In addition, he is a board member of Denver’s City Park Jazz, Inc. 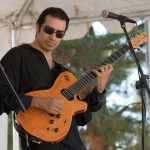 Arnold Cardon (AC) is a guitarist, vocalist, and music educator who has played with artists such as Heart, Chevelle and Finger 11, and his new solo CD features Nikki Glaspie (Beyonce’s drummer) and Nick Daniels (bass player for Ivan Neville’s Dumpstaphunk!) AC is also endorsed by Dava Picks and Phil Jones Bass/Acoustic Cabinets. Check out this video produced by Elinoff Entertainment introducing AC! Erica Brown & Friends are thrilled to have AC in our lineup!! http:// www.reverbnation.com/ accardon 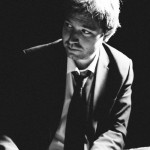 Erica Brown & Friends are thrilled to welcome Adam Bodine to the group! Adam’s is an incredible multi-instrumentalist whose work ethic shows in every note he plays. Here is Adam, in his own words:

“In the last ten years, my musical résumé as a performing musician has matured to include over a hundred different bands. Even more, the amount of gigs I have worked has soared into the thousands. My spectrum of collaborations is very broad and has ranged to include most anything from swing-era big bands to modern pop cover bands, while encompassing many breeds of jazz, funk, rock, rock and roll, R&B, blues, bluegrass, zydeco, country, folk, Latin, reggae, hip-hop, avant-garde and then some. I have also accompanied choirs, operas and silent movies. A humble veteran of variety, I truly enjoy the challenges of being a busy, multi-dimensional musician.
Especially noteworthy, in late 2008, in response to my intensifying need to play in a group whose repertoire would primarily showcase and develop my swelling quantity of instrumental compositions, I formed my own trio (The Adam Bodine Trio). As bandleader and producer, I have self-recorded and independently released three full-length studio albums featuring thirty-five tunes of mine. An exciting and limitless venture, my trio continues expand and enhance its performance network. For more information about The Adam Bodine Trio, I encourage you to please visit adambodinetrio.com.
Lastly, I must mention that I recently started studying music with the great and knowledgable Art Lande. A master pianist and incredible teacher, Art is a kind, creative, and inspiring man who continues to challenge and help me find and develop clarity and freedom in my relationship with music and the world. Om.”

Tarki is a bassist par excellance. He plays blues bass with a deep, sincere groove that makes you wanna move! He is well-versed in many styles, and (in Erica’s words) “one of the nicest guys I’ve ever met!!” Tarki also plays with other popular Denver musicians such as Country music star Rudy Grant, and the Ricky Earl & Cherise blues band.